Glaucoma is the second leading cause of blindness in the United States. 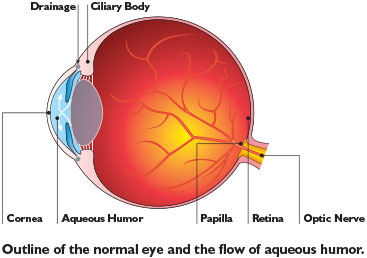 Glaucoma occurs when pressure in the eye becomes higher than normal. The high pressure can “push” against the optic nerve and damage it. The damage is progressive with loss of peripheral vision first, followed by reduction in central vision and possible blindness.

How many people have glaucoma?

About three million Americans have glaucoma, including those who are unaware they have the eye disease, making it a leading cause of blindness in this country.

How many people have glaucoma and don’t know it?

At least one half of all those who have glaucoma are unaware that they have it.

How many people are blind due to glaucoma?

Between 89,000 and 120,000 people are blind from glaucoma, accounting for approximately ten percent of all cases of blindness. However, when glaucoma is diagnosed early and treated adequately, it rarely ends in blindness.

Who is at highest risk of developing glaucoma?

How is glaucoma detected?

Unfortunately, there is no simple test for glaucoma that is 100% effective. Measurement of the pressure within the eye alone is not adequate to detect glaucoma. Only a complete dilated eye examination along with specialized testing can diagnose the disease.

What are the signs and symptoms?

In the vast majority of cases, especially in the early stages, there are few signs or symptoms. In the later stages of the disease, symptoms can occur that include:

Can loss of vision from glaucoma be prevented?

Blindness from glaucoma can be prevented through early detection and appropriate treatment.

What is the best defense against blindness from glaucoma?

The best defense is comprehensive eye exams on a regular basis. Ask your ophthalmologist how often you should be examined. If you have been diagnosed with glaucoma, it is important to discuss and understand all your options for treatment.

Rand Eye Institute’s Vitreo-Retinal Department offers comprehensive medical and surgical management for vitreo-retinal diseases with the most advanced technology. Close collaboration with the other Rand Eye Institute departments assures that patients will receive timely and personalized retinal as well as comprehensive ophthalmology services. It is important to understand that diseases of the retina can affect any and all ages. Initial symptoms should not be overlooked and an immediate consultation with a vitreo-retinal specialist can make all the difference.