What is iDesign Technology? 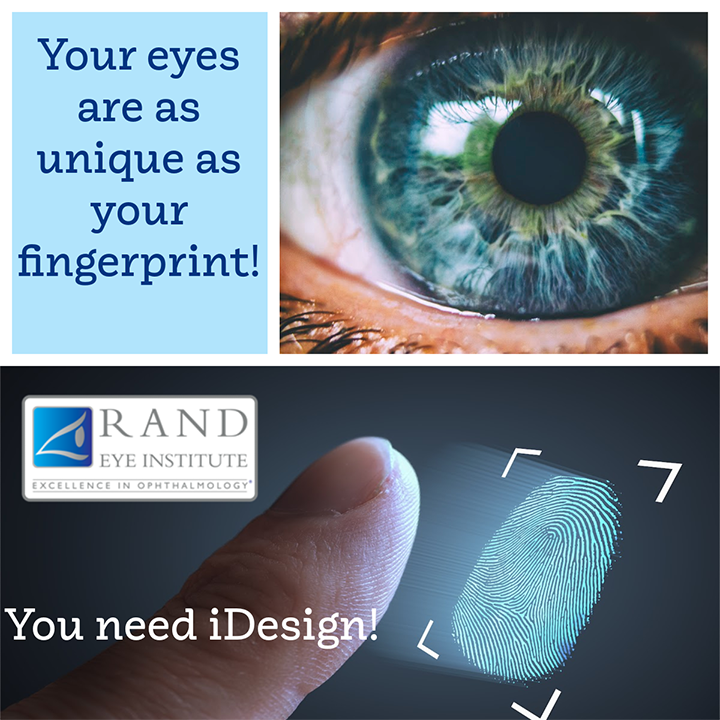 Laser Vision correction has come a long way since its inception. The parameters of corrections that can be treated today were just a dream a few years ago. A good correction has become an exact personalized treatment for each eye. At Rand Eye Institute, we are dedicated to being up to date with the latest FDA-approved technology. This is the reason why we utilize our Star S4 IR Excimer Laser System and iDesign 2.11 Advanced Wavescan Studio System – the finest technology in laser vision correction.Up until a few years ago, an ophthalmologist used your eyeglass prescription to determine your treatment. iDesign technology has revolutionized laser vision correction by providing a detailed map of the surface of the eye plus information on how well your cornea and lens refract light. 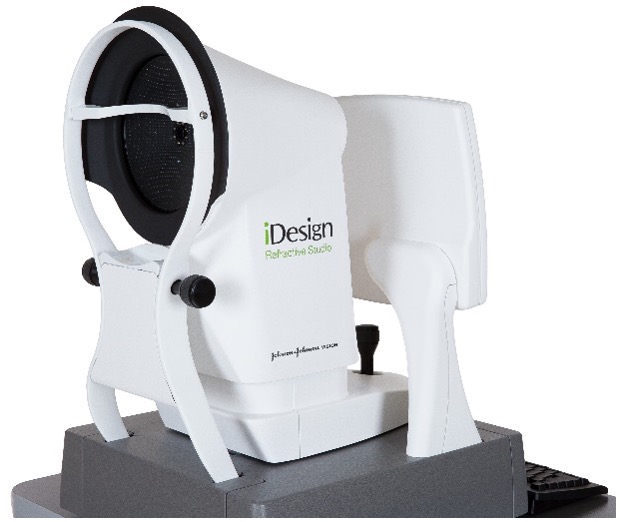 The iDesign system scans your cornea to provide information on the eye’s low order aberrations (myopia, hyperopia, and astigmatism), and high order aberrations (personal characteristics of an eye that cause halos, glare, and poor night vision). Consequently, the surgeon, now, has the full spectrum of refractive errors that need to be corrected to provide excellent visual outcomes. The iDesign system and technology are called wavefront integrated vision correction. This system collects 1,200 data points of your eye. Hence, making the treatment 25 times more accurate than just checking your vision and glass prescription.

The detailed iDesign map is then sent to the Star S4 IR Excimer Laser System. This detailed map provides all the information for the excimer laser to know where and how to sculpt the cornea for best visual outcomes. No two eyes are the same. Tiny personal characteristics in your cornea (like your fingerprint) create visual errors. These characteristics can only be measured with the iDesign system.

Our mission at Rand Eye Institute is to provide our patients with the best possible visual outcome. iDesign technology allows us to achieve an even higher degree of vision.
Love your vision for years to come! Call Rand Eye Institute at 954-782-1700 for your complimentary LASEK consultation.

Fleet Week is here in South Florida and it brings to mind a patient of Rand Eye Institute who today is soaring high. Here’s his story:

It’s not often that a growing boy will turn down the chance to dive into a huge summer picnic basket, but that’s exactly what a young Steven Hollender did. Attending an air show with his grandparents many years ago, he was called away to lunch. “Not now. I want to see the planes”, shouted Steven.
Ever since that day, and even before, Steven’s career has been looking up. From as far back as Steven’s mother Carmelann Hollender can remember, “He always had an interest in planes and spaceships.” 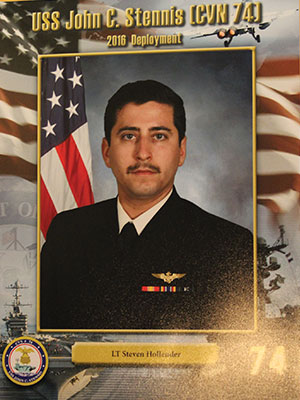 When he graduated from Hunterdon Central Regional High School in Flemington, NJ in 2006, he announced to the family that he wanted to fly and knew just the flight school he planned to attend: Embry-Riddle Aeronautical University in Daytona Beach, FL, where he was awarded a three and a half year scholarship.

He graduated from Embry-Riddle with Dean’s List honors three of his four years. Before he could become a pilot, though, Steven had one obstacle to overcome: His less than perfect vision was preventing him from sitting in the #1 seat. At his grandmother Joan Di Maio’s request, her optometrist, Dr. Steven Koganovsky from Margate, FL made a personal call to Rand Eye Institute’s Medical Director, Dr. William J, Rand. Dr. Koganovsky asked if he would please see Steven, “I want you to treat Steven like he’s your grandson”, Dr. Koganosky told Dr. Rand, and that’s exactly what he did.

Steven came to the Rand Eye Institute on July 7, 2008, where Dr. William J. Rand had the honor of personally performing the Advanced Surface Laser Procedure, or No-Flap LASIK on Steven, which restored his vision to crystal clarity, a requirement to fly for the US Navy. Almost a decade has passed and Steven’s vision keeps his eagle eyes trained on his passion.

While Steven’s future was looking up, today he’s looking down, from the cockpit of an F-18 fighter jet, where he’s a pilot in the U.S. Navy. Steven recently returned from deployment in the South China Sea and is now living back in California. 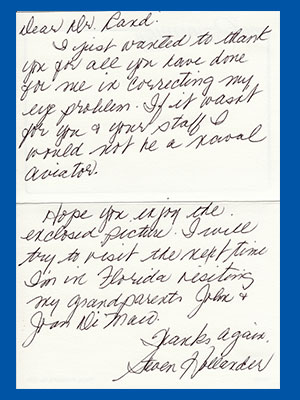 “Dr. Rand, I just want to thank you for all you have done for me in correcting my eye problems,” said Steven. “If it wasn’t for you and your staff, I would not be a naval aviator.” Steven’s mother Carmelann backs him up, “Without Dr. Rand’s help, it wouldn’t have been possible.”

Now that Steven’s deployment overseas has ended, he’s back at his home base, The Naval Air Station in Lemoore, CA, where every August, thousands of young boys just like Steven once was, put their lunch to the side to be mesmerized at the Wings over Camarillo air show.

Thank you, Steven, for trusting Dr. Rand with your LASEK at Rand Eye Institute. We’re honored to have played a small role in your vision, launching your career as a fighter pilot. We salute YOU!

Johnny first came to the Rand Eye Institute for a vision consultation, to see if he was a Laser Vision Correction(No-Flap LASIK) candidate. He was!

It’s been 4 months since Johnny had his No-Flap LASIK procedure with Dr. Allison L. Rand. Johnny’s had wonderful results!  He is now glasses free and can enjoy life without the need for glasses, or contact lenses, to correct his vision.

“For anyone that’s considering (No-Flap) LASIK, I would highly recommend having it here at the Rand Eye Institute.”

“I’m very excited that my eye sight is a lot better than it used to be. It’s not blurry when i wake up in the morning, anymore. I can go to sleep watching tv, without having to worrying about falling asleep with my contacts on, or breaking my glasses when i’m rolling over.

I used to wear contacts for 8 years, before surgery(No-Flap LASIK), and i was so used to the daily routine that even after surgery i find myself thinking that i need to take my contacts out. But i don’t have to any more, and that’s AMAZING!”
- J. Marino

Johnny’s excited about his new vision and all the activities he will be able to enjoy without contacts or glasses.

In this episode Johnny visits the Rand Eye Institute for his 1 day, post No-Flap LASIK surgery, follow-up appointment. Johnny meets with Dr. Allison L. Rand and reviews the details of his surgery.

Follow Johnny on the path to his best vision at the Rand Eye Institute. Watch as he experiences No-Flap LASIK Eye Surgery and gets to see clearly without glasses or contacts for the first time in years.

Laura visits the Rand Eye Institute for her 1 month check up only to hear great news! Her eyes are healing just as expected. She now is getting closer and closer to her high definition vision at the 3 month mark. Now she’s off to Europe!