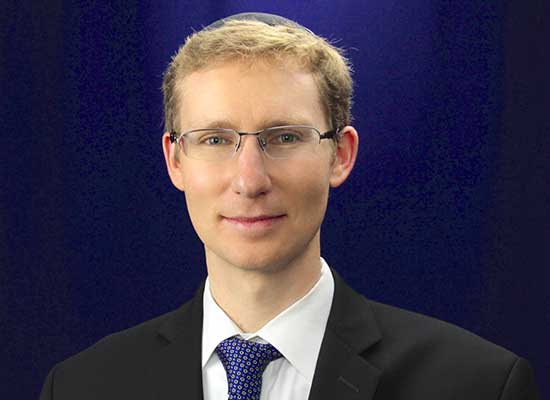 Dr. David Rand completed his undergraduate education at the University of Miami in Coral Gables, Florida. He received his medical degree from the University of Miami Miller School of Medicine, Honors Program. During his medical school term he traveled to Jerusalem, Israel to complete externships in Emergency Medicine and Trauma/Critical Care and Medical Ethics at the Shaare Zedek Medical Center. He completed his postgraduate internship in internal medicine at the Staten Island University Hospital.

Dr. Rand went on to complete his residency in ophthalmology at the State University of New York (SUNY), Downstate Medical Center in Brooklyn.

He is a part of the SUNY Downstate Department of Ophthalmology research team, which is evaluating the relationship between central venous pressure and intraocular pressure, as well as manuscripts concerning fronto-ethmoidal sinus mucocele and lacrimal gland choristoma masquerading as ciliary body medullo-epithelioma.

He has published various scientific papers with his most recent poster presentation of case series of fronto-ethmoidal sinus mucocele associated with sinus osteoma at the Association for Research in Vision and Ophthalmology (ARVO) annual meeting in Fort Lauderdale, Florida. Previous to this, he presented a case series on orbital pseudotumor and orbital calcification at the Radiological Society of North America (RSNA) annual meeting, in Chicago, Illinois.

Dr. David L. Rand is well regarded amongst his peers for his diagnostic skills in coupling the root of general medicine findings and how they relate to conditions that manifest in the eye.

He is licensed to practice medicine and surgery in the State of New York and Florida. Board certified by the American Board of Ophthalmologists. He is fluent in English, Spanish, and Hebrew on a conversational level. In his free time, he enjoys expanding his knowledge in Judaic studies. He has had the privilege of teaching advanced Biblical, Talmudic, cantorial and philosophical principles in synagogues to both adults and children.

Dr. David L. Rand also enjoys during his pastime, international travel, skiing, hockey, and Tae Kwon Do in which he earned a 2nd degree black belt.